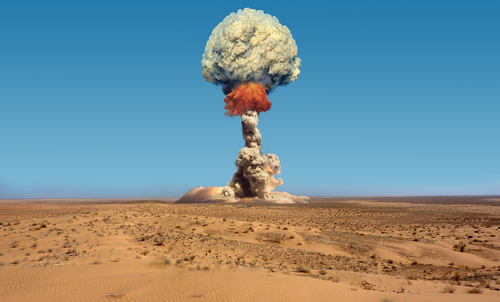 According to a new arms control report to be released by the US State Department, China may be secretly conducting low-explosive nuclear tests, although Beijing insists that China strictly abides by an international agreement banning all nuclear tests.

The forthcoming report does not provide evidence to prove that China has violated its commitment to maintaining the agreement, but the report mentions a series of activities that make people worry that Beijing may not comply with the "zero equivalent" nuclear weapons test ban.

These concerns stem from frequent activities at the Lop Nur Proving Ground in China, extensive excavations at the site, and China ’s alleged use of special chambers to control the scale of the explosion.

Another factor that has caused US suspicion is that in the past few years, data transmission from monitoring stations in China aimed at detecting radioactive material emissions and seismic vibrations have been disturbed.