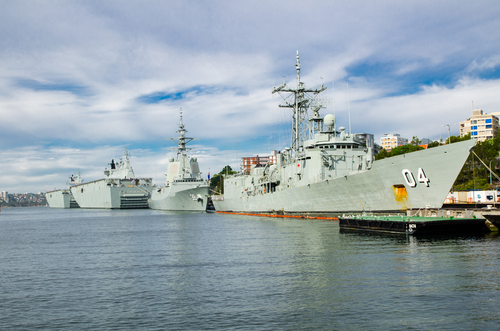 Australia is undergoing military reforms with a view to building a larger and more powerful military focused on the Indo-Pacific region, and balancing China’s growing influence and military power in the region.

Australian Prime Minister Scott Morrison said on Wednesday that in the next 10 years, Australia will invest about $186 billion in high-tech defense projects, including new long-range missiles, cyber attack capabilities, and radar surveillance systems.

Speaking at a defense college in the capital Canberra, Morrison said: "We need to prepare for a post-new crown era that is poorer, more dangerous, and more disorderly." He said: "Since the 1930s and 40s Since the collapse of the global and regional order in the 1980s has caused survival threats, there has not been such a situation in the region where the global economy and strategic uncertainty are intertwined."

A defense strategy document released on Wednesday proposed plans to purchase long-range anti-ship missiles from the US Navy, as well as plans to develop and test hypersonic missiles capable of five times the speed of sound. Australia will also expand its advanced radar network in tropical Queensland to explore the South and Central Pacific regions in depth. Thousands of islands are scattered in the area and are home to important waterways and fishing grounds. As China's military power affects areas far from China's coast, these areas are again under strategic consideration.