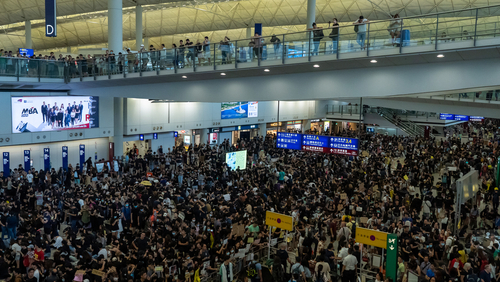 The US Senate unanimously passed a bipartisan bill on Thursday that will impose sanctions on Chinese officials who endanger Hong Kong’s limited autonomy, as well as banks and companies with whom they have dealings. The bill will now be signed by the president.

The bill, initiated by Pennsylvania Republican Senator Pat Toomey and Maryland Democrat Senator Chris Van Hollen, was passed in the House of Representatives on Wednesday. On the same day, thousands of protesters took to the streets of Hong Kong to oppose a new law. The law gave Beijing greater power to control the former British colony and punish those accused of subverting and dividing the country. The maximum sentence for this law is life imprisonment.

The above bill will now be submitted to US President Donald Trump. The White House has not responded to requests for comment on whether Trump will support the bill.

Lawmakers said that because the Chinese government has taken tough action in recent days, the bill was passed in Congress faster than expected. The protests in Hong Kong on Wednesday were the city’s largest rebellion this year. Some people risked severe sentences and sang freedom slogans and demanded independence.