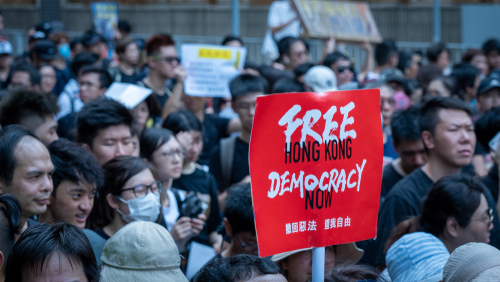 The Chinese government plans to restrict the issuance of visas to Americans who think they have done too much in Hong Kong affairs, which has exacerbated the tension between China and the United States on the issue of limited autonomy in Hong Kong.

The Chinese Ministry of Foreign Affairs said on Monday that China has decided to impose visa restrictions on US personnel who perform badly on issues involving Hong Kong. The Ministry of Foreign Affairs said the move was in response to the US announcement last week that it would sanction Chinese officials involved in undermining Hong Kong’s autonomy.

Foreign Ministry Spokesperson Zhao Lijian did not specify which U.S. personnel will be subject to visa restrictions at the regular press conference. He only stated: "Which people are specifically referred to?

The Chinese government has strongly protested US plans to sanction Chinese officials in the past; when the United States passed a law to sanction Chinese officials on the detention of Muslim minorities, China said it would resolutely fight back, but it did not announce countermeasures. The US sanctions on Hong Kong seem to be forcing the Chinese government to step up its actions.

Before the US State Department issued a statement on Friday, the US Senate passed a legislation sanctioning individuals or entities that actually help erode Hong Kong’s autonomy.