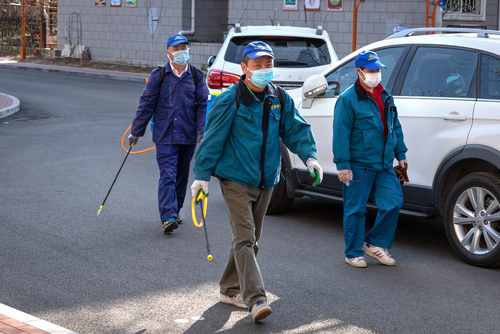 To curb the new round of new epidemic outbreaks in Beijing, Chinese officials canceled hundreds of flights into and out of Beijing and imposed restrictions on the movement of citizens, and commercial premises and schools were closed again.

Health officials reported on Wednesday that 31 new cases were confirmed in Beijing on Tuesday. Since the first batch of clustered infection cases first appeared on June 11, the total number of confirmed cases in Beijing in six days has reached 137, most of which are related to the new agricultural products wholesale market in the new place. The market is a large meat and vegetable wholesale market in Fengtai District, southwestern Beijing.

Ping Xinghuo, deputy director of the Beijing Centers for Disease Control and Prevention, said at a news conference on Wednesday: "Due to the high risk of spread of the epidemic, it is difficult to control. It is not ruled out that the number of cases will continue and continue for a certain period of time in the future." Like other officials After taking off the mask for a while, Pang Xinghuo put on the mask again at the press conference.