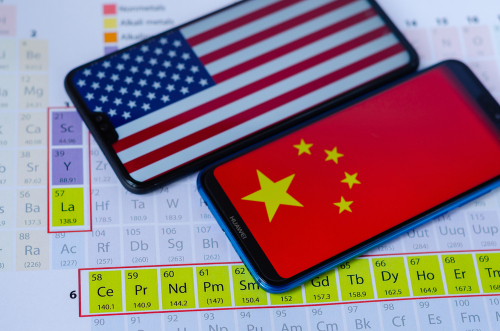 According to a new report by US researchers, China regards its dominant position in the field of strategic rare earth minerals as a bargaining chip against the West, including in trade disputes with the United States.

Rare earth is a general term for a variety of metals that can be used in various advanced technologies. Its uses include computer screens, high-tech weapons, and electric cars. According to the report of the consulting firm Horizon Advisory, China has supported the rare earth industry through years of government subsidies and is preparing to use it as a weapon in the geopolitical struggle.

The study cited a report on rare earth policies funded by the Chinese government when the US-China trade war escalated last year. The report said that China will not rule out using rare earth exports as a bargaining chip to deal with this situation.

He said: "In many cases, they do not care about economic returns." "They see control of this (industry) as a way to win without a fight."