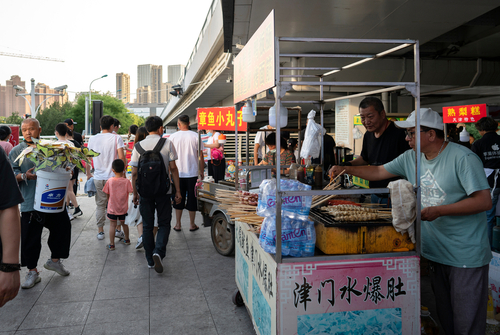 China has been cracking down on street vendors in big cities for most of the past 20 years, as part of actions to improve the country’s image, improve food safety and hygiene, and strengthen commercial regulation.

Now, with China's economy shrinking for the first time since the 1970s, Chinese leaders hope that the streets will once again be filled with hawker stalls, food trucks, and other forms of roadside vendors. The question is, how many people are willing to respond to this call, and how much can street vendors bring to the world's second largest economy.

After China’s gross domestic product (GDP) contracted 6.8% historically in the first quarter of this year, Premier Li Keqiang broke the tradition and set no official GDP target for 2020. He told the NPC deputies last month that Beijing needs to focus on job security.