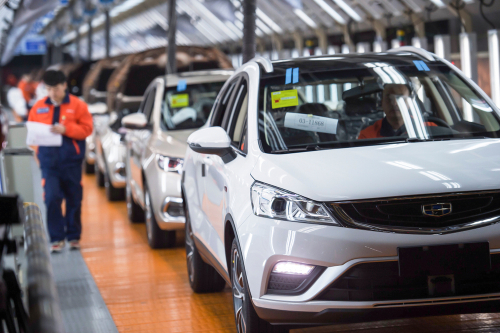 The China Passenger Car Association said on Monday that China's retail sales of passenger cars in April decreased by 5.6% compared with the same period of the previous year, but the chain increased by 37%.

The association said that sales of 1.43 million vehicles in April showed the strongest momentum since the beginning of this year. This is the latest sign that the Chinese auto market is moving towards a V-shaped recovery after the new crown epidemic.

With production and distribution returning to normal after the blockade measures to prevent and control the epidemic have been lifted, China's monthly retail sales of passenger cars including cars, MPVs and SUVs have been slowing.

The association said that retail sales of passenger cars fell by 40% year-on-year in March and 79% in February.

However, the association said that the domestic auto market in May may be affected by the reduction in working days, as it coincides with the five-day holiday of Labor Day.